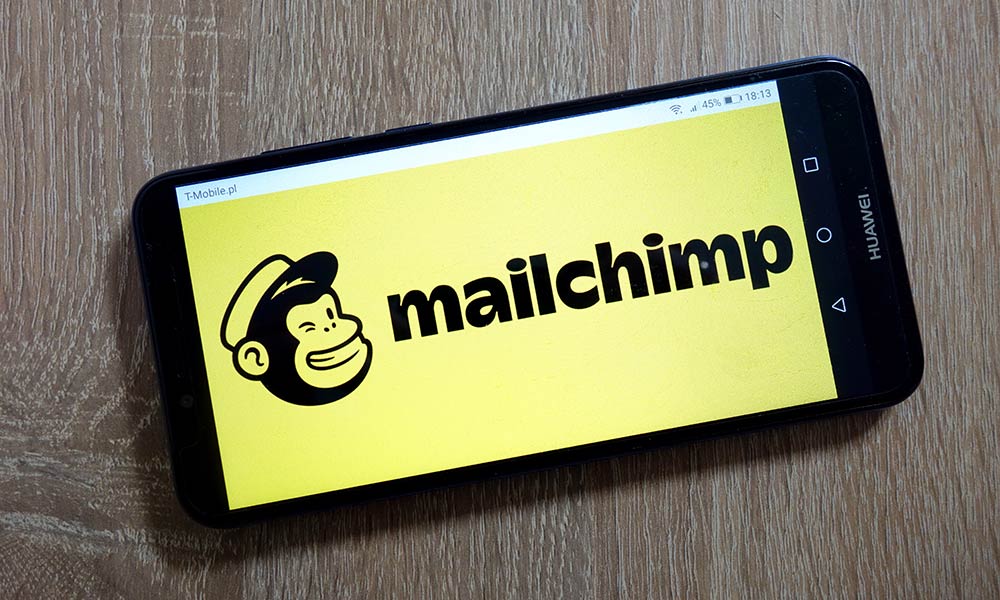 Yesterday (November 5th, 2019), Shopify announced the launch of its email marketing functionality. Shopify brings one of the biggest customer acquisition and remarketing channels in house (~25% of eCommerce sales per eConsultancy x Adstera). While details are still scarce, the functionality is currently in early access - limited to select stores (you can request access here)- and expected to be ready for General Availability (GA) in early 2020. The idea is simple, per the announcement notes, it offers a “consolidated [set of] tools..in one place... to run campaigns and build your business”. In typical Shopify fashion, the functionality bills itself as tailored for the uninitiated and technically challenged.

It touts ease of use via pre-built templates, the ability to use your stores’ unique domain (marketing / branding props), and - what really is key imho - “manage your campaigns from within Shopify” while “saving merchants the costs of investing in and integrating a third-party provider”. The last two tidbits effectively puts Shopify in head-to-head competition with the two most widely used email marketing tools within the ecommerce community: Klaviyo and MailChimp. Despite limited insights into Shopify Email, we use the information available to frame how those three offerings stack up against one another and outline the key considerations for Shopify Stores.

If you are new to eCommerce, Klaviyo is an email marketing tool built for eCommerce, while Mailchimp is the simplest way to get started with email marketing. Shopify email, based on the limited information shared would be a super basic email marketing with pre-built templates. They’re all solid tools to create, execute, and measure the effectiveness of email marketing campaigns. Still, email marketing is not simply about sending emails. It entails, timing, sequence, and personalization. To that effect, we’ll rely on three (3) key attributes for comparison purposes: 1) Ease of Use, 2) Analytics & Insights, and 3) Personalization. You’ll note that we’ve avoided the traditional “pricing” as we believe that while certainly a factor, any amount spent on tools is really an investment - as such it should only be assessed relative to the value provided over a given payback window. When it comes to business we get nerdy that way.

We haven’t gotten access to Shopify Email yet, but we can make the assumption that given that it is integrated seamlessly into Shopify, should you be a Shopify customer, you can execute a campaign without the need to download anything else. This would likely favor Shopify email.

Mailchimp no longer has a native plugin for Shopify, but using third party tools- Zapier, Shopsync, or automate.io- or a bit of code, you can integrate with Shopify. Given the obvious friction involved, Mailchimp scores unfavorably.

Ways to connect MailChimp to Shopify (from MailChimp website) 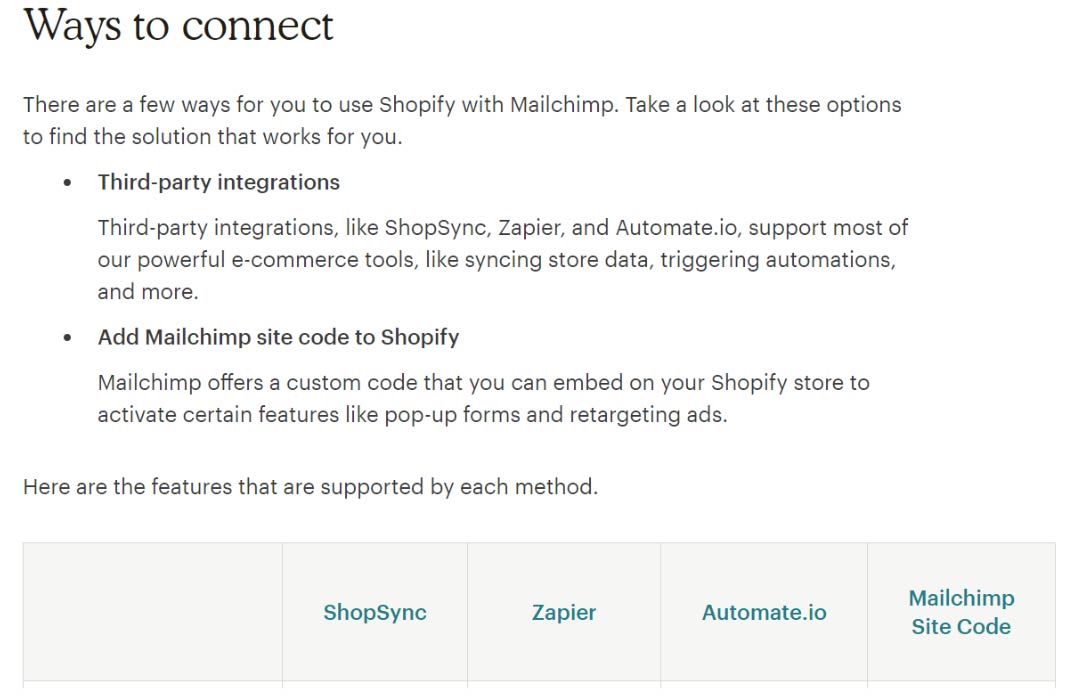 Klaviyo is has an app available directly in the Shopify App Store. So, from the Shopify store, you can search directly for ‘Klaviyo’ 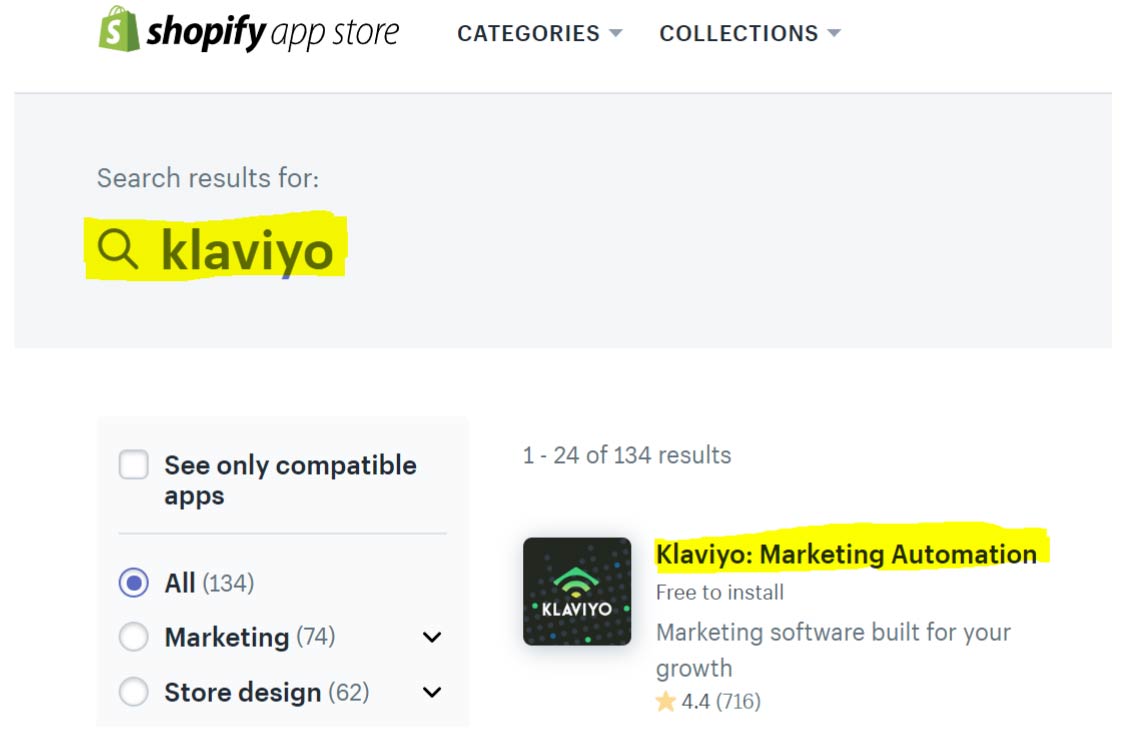 There’s an adage in sports that goes something like, “availability is the best ability”. Given that Shopify Email is still in “Early Access” and requires an application, Klaviyo is the obvious choice until Shopify Email reaches “General Availability”.

Email campaigns will likely be one of many acquisition and remarketing channels in your arsenal. As such, understanding the performance and distilling key insights - the proverbial “so what?” that is - is paramount to investment allocation and optimization efforts.

Shopify Email has a unique advantage insofar as its embedded in shopify. There is tremendous value in having all your data in one place. However, given limited details, we’d likely be speculating beyond that. So, Shopify Email gets an incomplete.

MailChimp offers a solid analytics stack. All the core metrics - click through rate, open rate, unsubscribe - are readily available on the “Campaign” dashboard. The particular performance of a given email can be measured both relative to other campaigns, but also industry benchmarks.

Klaviyo offers all of the analytics of Mailchimp and ventures into the predictive. It is the the only eCommerce analytics tool that studies historical performance and make inferences around what you can expect in terms of # of orders and dollars given a set of scenarios and real-time performance metrics (that of course, can be customized as you see fit).

In today’s world, personalization is crucial to a brand’s ability to delight its customers. As such we’ll focus our comparison to two key factors that help brands share a unique experience via email: Segmentation and Automation.

Segmentation speaks to a brand’s ability to manage and communicate with its customers at scale based on specific attributes - behavioral, descriptive, or otherwise.

Klaviyo is miles and away, the most robust offering when it comes to segmentation. Leveraging its Shopify integration, upon signing up, a number of segmentations are automatically populated based on historical information. 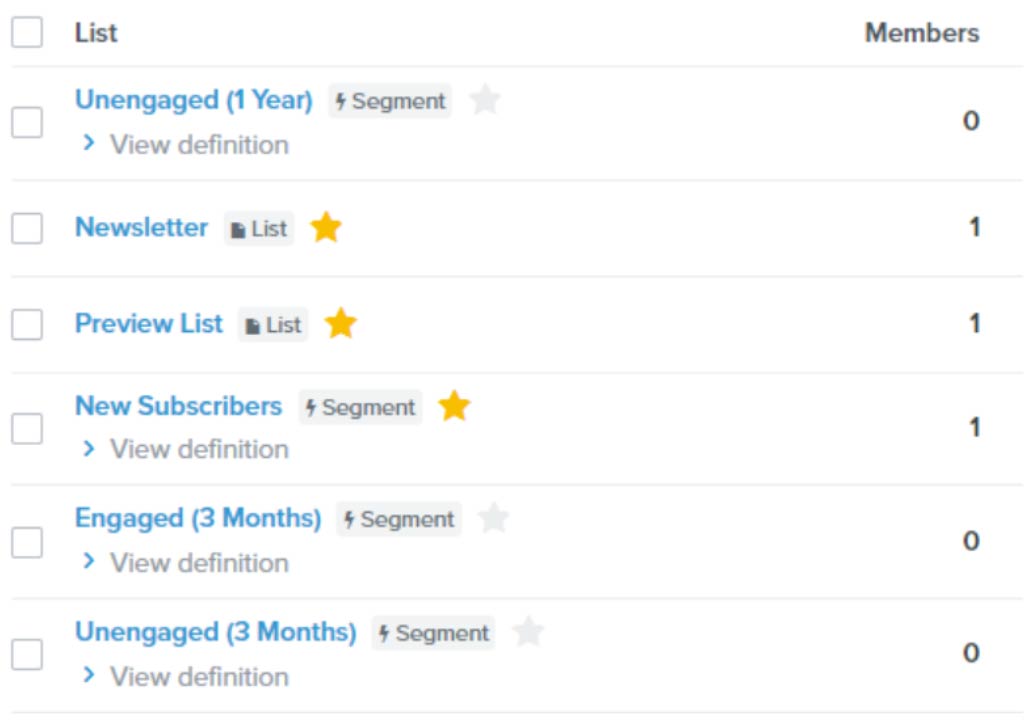 The above is merely to get you started. You can take things to another level by using behavioral data - customers who reviewed a particular item a number of times, purchase date, add to cart date,...it truly runs the gamut. Descriptive attributes - like first name, age, gender, to name a few - and ancillary systems like say a CRM, Facebook’s Ad Manager, and other tools- are also ripped for use in Klaviyo.

Mailchimp’s segmentation offering is much more basic in nature. indeed, as it is colloquially said, “there are levels to this.” Mailchimp’s segmentation offering is limited to “new subscribers”, “recent purchases”, or “bought something last week”. The level of granularity is wanting. It lacks behavioral attributes and the use of third party integration like facebook ad manager.

There are no details as to the segmentation offerings for Shopify Email. For now, we’ll reserve judgment and give Shopify Email an incomplete yet again. At this stage, it is fair to say that Klaviyo has not only mastered “Segmentation”, it ate the competition's lunch as well.

While “Segmentation” allows you to group your contacts based on attributes, Automation determine how you communicate / engage with them.

At the crux of Klaviyo’s automation functionality are the “Flows” - basically a set of if / then rules based on a number of attributes.

Should you be unsure as to where to start, Klaviyo has preconfigured a number of options to get you started. They can be combined, modified, or for the particular - built from scratch. The options are truly endless: 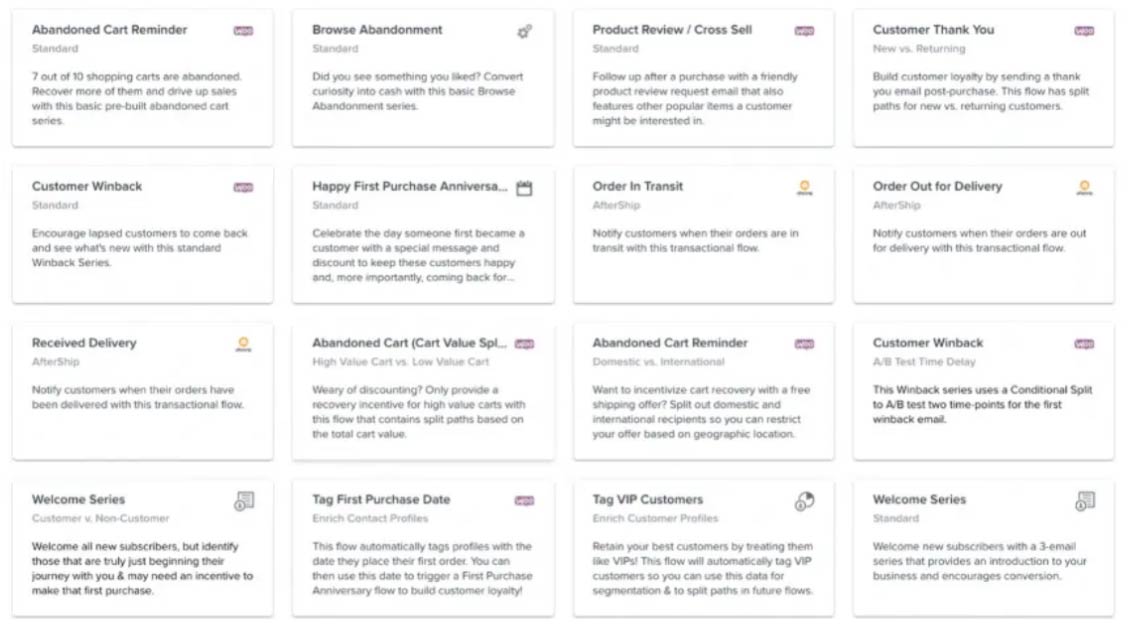 Klaviyo takes it to another level by allowing those flows to be incorporated with real-time triggers, so that an unprecedentedly unique experience.

MailChimp’s offering is much simpler. While Klaviyo’s automation can feel overwhelmed and certainly requires a fair amount of upfront investment - Mailchimp went for simplicity. The basics are covered and you can execute in minutes. Very much like Klaviyo, historical data points can be incorporated, but the volume of integrations are much more limited. 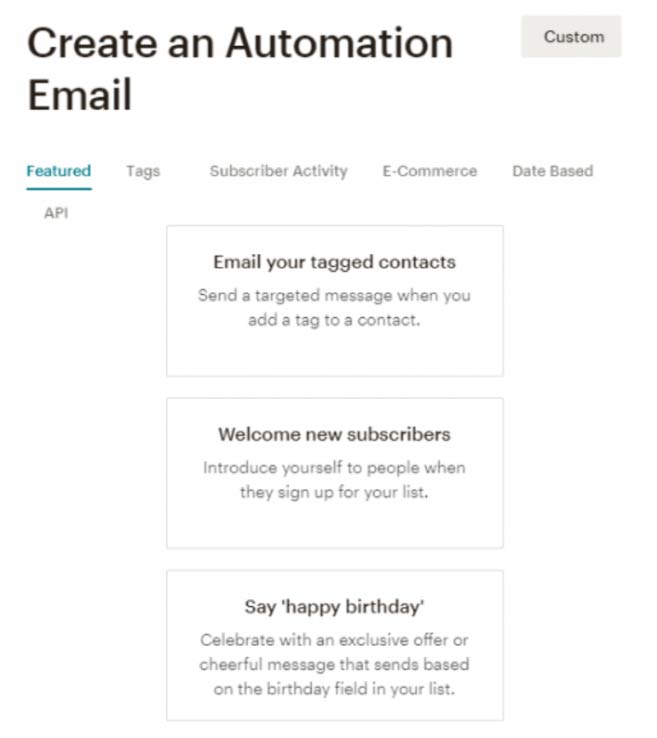 Ultimately, while Mailchimp is widely used within Shopify’s existing customer base, the increased friction to use it (MailChimp no longer has a dedicated Shopify app, and requires the use of 3rd party integrators) and relatively basic functionalities will make its Shopify customers a prime target for Shopify Email. Its competitive positioning will have weakened significantly in 2020 when Shopify Email goes GA. Klaviyo, on the other hand, offers significant functionality moat that will at least in the foreseeable future make it a more appealing tool to complex / scaled eCommerce operations. When it comes to “Segmentation”, “Automation”, and “Analytics”, Klaviyo appears far and above the competition. So, which one to chose? Shopify Email will be an integral part of Shopify’s Marketing section of the app. Unless you have a truly personalized email marketing funnel, it would behove a Shopify store to use the native solution.